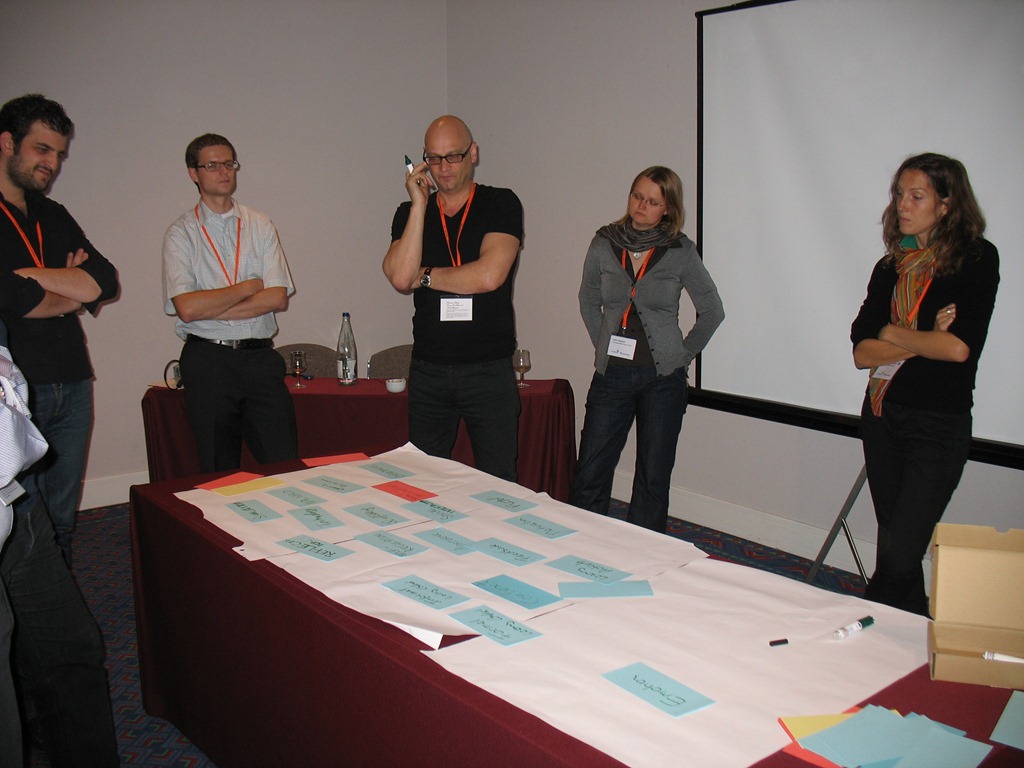 Today I had the pleasure to chair the MATEL workshop at this year’s edition of the ECTEL conference, which I have organized together with my colleagues Christine Kunzmann, Athanasios Mazarakis, and Simone Braun as well Teresa Holocher from CSI in Vienna and Ulrike Cress from KMRC in Tübingen. The workshop focussed on motivational and affective aspects in TEL. It was broadcasted to the ICT 2010 event in Brussels, and there is an archive of the video stream (choose Tuesday for the MATEL workshop).

It was a great workshop with lot of interactivity and true interdisciplinary audience. I had the honour to open the workshop with a keynote talk, setting the theme of the workshop and presenting results from the MATURE project (including work from Christine and Athanasios).

Within MATURE, we could identify motivational barriers, which include “lack of time” (which related to priorities and the value of certain activities), organization & team culture. One lesson we have taken that solutions should be designed for individual benefits (and not just organizational ones) and for individual users. Towards that end, immersion into context is a key technique. 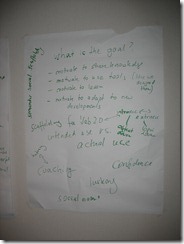 Ulrike Cress afterwards presented her work on knowledge sharing and collaboration behaviour, which starts from the problem that “knowlegde sharing is not attractive, and takes effort”, which is the root cause for a social dilemma (individual interest vs. group interest).

During the discussion of Andrew Ravenscroft on Designing for TEL, we have touched the issue of what kind of motivation we are actually targetting at. This was a tough question that was not easy to solve during the workshop, but is clearly necessary to define in the future. Possible interpretations: 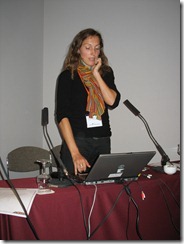 After the talks of Virginia Dignum and Erin Knight on the perspectives from student learning, the role of scaffolding was intensely discussed, but from a tool perspective, but also more traditional methods like coaching. This was also related to tool usage (it is not that easy for students to use Web 2.0 as you might expect). This raised – as at several points during the day – an interesting discussion on the differences between intended use and actual use of a tool. The Web 2.0 principle is we design with less intended use and leave more flexibility for actual use, which increases the need for scaffolding. Otherwise the pre-defined structure of the tool already represents the scaffolding.

The workshop then selected topics that should be followed upon in the group discussions in the afternoon. These included:

We finally decided on “emotions vs. motivation”, which turned out to be a very interesting discussion, which can summarized as follows:

In the last session, we tried to create a landscape of the topics of the workshop: 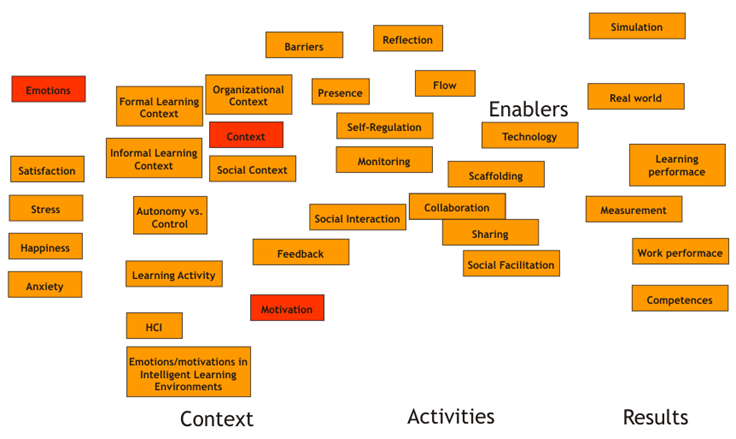 It was really a very good workshop, and we plan to follow up on this with a MATEL wiki, and a 2nd workshop at the next ECTEL conference.