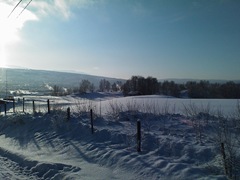 Beginning of this week, I was together with two of my colleagues at the kick-off of the universAAL project, which is an integrated project in the field of ambient assisted living. It aims at consolidating a common infrastructure for AAL systems based on the results of the FP6 projects SOPRANO, PERSONA, mPOWER, GENESYS, among others. The meeting was very well organized, and the motivation and commitment of the team (among them SINTEF, Fraunhofer IGD, ITACA, Ericsson Nikola Tesla, IBM Research Haifa, ProSyst Software) was very promising. We bring in our recently lauched openAAL platform, an open source middleware for ambient assisted living.

The kick-off took place in Røros, a small town in the mountains of Norway, which is a World Cultural Heritage because it has been shaped by its several hundred years of copper mining. It is a beautiful location, but for most of us this has also represented a new personal record in terms of temperature. We had a small tour to the “smelte” in the evening at –34°C, and even during the day, the temperatures were around -24°C. 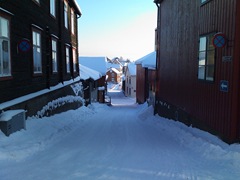 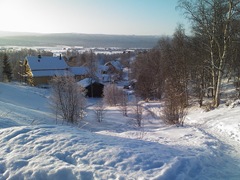